"Senator Reed proposed the idea earlier this month at the Senate Intelligence Committee hearing on Russia’s manipulation of the tech platforms during the 2016 election. Pressing Facebook general counsel Colin Stretch on whether the company feels an 'obligation to notify' the 126 million (or more) people reached by ads and content from Kremlin-linked operatives and troll farms on Facebook, Reed asked if they had the “technical skill” to implement such a system. Senator Warner later compared the concept to a hospital that realizes it inadvertently exposed patients to a disease. 'The medical facility would have to tell the folks who were exposed,' he said. (A public petition launched on Change.org last month also calls on Facebook to notify its American users if they were exposed to Russian propaganda; so far it has received more than 88,000 signatures.)

"The queries hinted at a larger idea: Could Facebook, in addition to labeling 'disputed' stories, also alert readers if a story they clicked was later found to be inaccurate or intentionally misleading? Call it, say, targeted fact-checking: Facebook already delivers tailored ads to users based on the content they consume; could they do the same thing with fact-checked news? It would be, Reed suggested, the social network equivalent of a newspaper correction–only one that, with the tech companies’ expansive data, could actually reach its intended audience, like, say, the 250,000-plus Facebook users who shared the debunked YourNewsWire.com story." 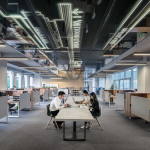 Today, our petition to demand Facebook notify users exposed to Russian propaganda was covered in Fast Company by journalist Austin Carr:"Senator Reed proposed the idea earlier this month at the ...